ROAD RACE CANCELLATIONS: THE CONTROVERSY IN THE TIME OF CORONA

This article evaluates the ‘refund / no refund’ decisions of South Africa’s large marathons and ultras who’ve been forced to cancel their 2020 events during the coronavirus pandemic.

An interesting take on the cancellation of our popular Marathons and Ultra Marathons from Stuart Mann has run over 240 marathons and ultras all around South Africa and the world (including all the races mentioned in this article). He writes the popular “Running Mann” blog and his articles have featured in numerous local and international publications. He assisted over 80 athletes with sponsored and subsidised Comrades and Two Oceans entries in 2020.

Tennis star Roger Federer is the highest-paid athlete in the world, according to Forbes.

The 38-year-old ear a total of $106.3 million over the past 12 months, making him the first tennis player to top Forbes’ world’s 100 highest-paid athletes list. Athletes from 10 sports and 21 different countries made the list this year but only two women made the cut, yet still the highest representation of female athletes since 2016. Federer, who is a 20-time grand slam champion, boasts the best endorsement portfolio in the world of sport, with $100 million of his earnings coming off the court.

The Comrades Marathon Association (CMA) is pulling out all the stops to ensure that ‘Race the Comrades Legends’ is The Ultimate Virtual Event and with the significant difference of creating a sense of camaraderie for athletes within their social space, adding value to running clubs and the running scene; and helping raise funds for the charitable sector whilst also contributing to needy communities.

Much has transpired in the six weeks since I last addressed you on 6 April regarding the then-uncertainty as to the status of the 2020 Comrades Marathon, since which the race was initially postponed on 17 April, and last week regrettably cancelled…

WE’RE BETTING ON OUR ATHLETES

The king of kudos have made changes to the free and subscriber packages. Strava boasts over 55 million members, but this does not mean that as a business, it can kick back and watch the kudos roll in. Strava has announced, effective immediately, some of the biggest changes to the platform since it launched in 2009 and it has focused on improving the subscription model for those who use the platform most.

Most importantly, there will still be a free version of Strava that everyone can use. What’s changing is how much you can see and use of existing functionality, in particularly segments, training and routes.

The world’s greatest ultra marathon is all set to stage the world’s greatest virtual event with runners from around the globe invited to participate on Sunday, 14 June 2020. Enter is FREE to all South African runners who entered the 2020 Comrades Marathon.

The Sanlam Cape Town Virtual Marathon brings the iconic marathon to your city, town, and corner of the world, through an immersive and interactive Virtual Race experience.

The Virtual Marathon will start at 06h30 (local time) on 18 October 2020. The you choose to run will transform into a virtual Cape Town Marathon route, with the virtual marathon app tracking you as if you are running the route itself.

Following the unprecedented decision by the TOM NPC to cancel the 2020 Two Oceans Marathon, they are answering the most pressing concerns of the the running community who have been impacted by the cancellation. 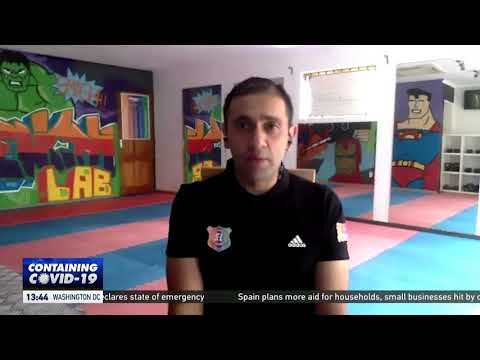